The Frankenburg-Camp Endowed Fund honors the pioneering leadership of Dr. William K. Frankenburg, who made developmental screening an integral part of pediatric practice throughout the world. The Fund supports research, training and advocacy for early identification and prevention of developmental disorders in otherwise normal children at risk of becoming environmental casualties.

Thank you to donors to the Frankenburg-Camp Endowed Fund for supporting this educational activity.

A workshop for community health providers. 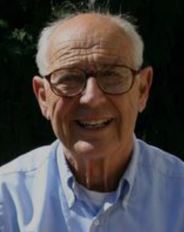 An internationally recognized pioneer in the field of child development and pediatric preventative care, Dr. William Frankenburg developed the Denver Development Screening Test with Josiah Dodds, PhD, in 1973, to encourage early identification of children with developmental problems by health professionals, as well as professionals in education and social services. Released as the Denver II in 1992, it has been adapted for use throughout the world.

Dr. Frankenburg served as a consultant to UNICEF, the World Health Organization and governments and institutions around the world.  He authored numerous publications and was the recipient of the 1974 U.S. Senior Science Award from the Alexander von Humboldt Foundation, a Special Achievement Award in 1986 from the American Academy of Pediatrics in 1986, and the 1992 C. Anderson Aldrich Award in Child Development, also from the American Academy of Pediatrics.

Special thanks to our past William K. Frankenburg
Visiting Professors: 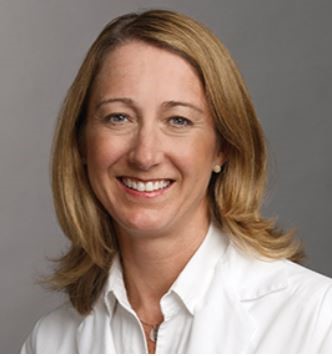 Lisa Chamberlain, MD, MPH, Professor of Pediatrics, Associate Chair of Policy and Community and the Arline and Pete Harman Faculty Scholar at Stanford Children's Hospital. Dr. Chamberlain has focused her career on the elimination of child health disparities. She is committed to do this in two ways: 1) transforming the way pediatricians practice by developing and disseminating models of community engaged pediatrics by combining principles from both medicine and public health, and 2) conducting health services research to inform policy.

She founded and co-directs the Stanford Pediatric Advocacy Program to train leaders in Community Pediatrics and Advocacy. She co-founded the California Community Pediatric Collaborative, uniting 14 training programs to advance education addressing pediatric health disparities. The Collaborative has trained over 2,500 pediatricians since 2007 and is an emerging national model, having been replicated across five states. She has disseminated these programs nationally in over 20 invited visiting professorships, keynote speakerships and national conference presentations. In addition to her educational programs and health services research, In 2011 at the height of the Great Recession she founded the Summer Lunch Bridge to address rising hunger rates, which has distributed over 300,000 meals to date. She has authored 54 peer-reviewed publications, she completed her pediatric training at Stanford, a General Academic Fellowship at UCSF/Stanford, and her Masters of Public Health at UC Berkeley.

Children’s Hospital Colorado is accredited by the Accreditation Council for Continuing Medical Education to provide continuing medical education for physicians.